Welcome to Our New Office/Ministry Manager! 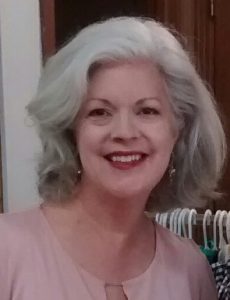 The Fellowship of Christian Airline Personnel welcomes Jenni Ashmore to our staff to serve as Office / Ministry Manager.

Jenni was born and raised in the suburbs of Chicago and achieved her dream of becoming a Flight Attendant serving passengers on-board Piedmont / US Airways for 15 years.  One of the first Flight Attendants she met introduced her to FCAP (via the newsletter and crew room bookshelf).  Several years later, thanks to many sincere Christians sowing seeds, she received Jesus as her Lord and Savior on a BOS overnight.  After flying, Jenni served as Volunteer Director at Southwest Christian Hospice in Georgia.  She was later blessed to work at World Airways, Peachtree City, Georgia for just shy of 10 years in various operations capacities such as: Inflight Supervisor, Ground Operations Supervisor and Charter Manager.  During that time, she often attended a lively FCAP weekly Bible study group led by a faithful Christian.  She views each position she has held as God’s mission field in the workplace.