In the Interest of Others 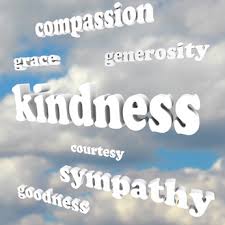 Could your co-workers be getting the impression that you really are not interested in them until they somehow agree with what you believe? A good friend once told me that he saw no real opportunities to share his faith with his co-workers.  I asked him to describe such a conversation when he tried to do so.  He explained that often times during these talks controversial subjects would come up, then he would let the other person know about his Christian views on the subject. Most of these conversations would turn into an argument to the point where they could no longer talk to one another. I explained that his approach was drawing an invisible line between himself and his co-worker. He was communicating to his colleague that before he would take a real interest in him, he must first agree with his views. Jesus tells us to have compassion for people, “When He saw the crowds, He had compassion for them because they were harassed and helpless…” (Matthew 9:36).  Do you tend to draw such lines between yourself and your co-workers? Why not erase them, by first finding out about them and taking interest in their needs! (PMC)