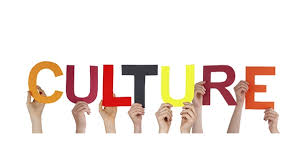 Culture is made up of a group of people who have conformed to a set of beliefs and practices that form their identity. Cultures are derived in different settings, whether nations, political systems, religions, or special interest groups. Whenever there is a change in beliefs and practices in any particular culture, it will change the culture. The workplace also is a culture because it is where people connect through common beliefs and practices within the company and develop relationships as people work together. Christians are said to be citizens of a heavenly culture, God’s kingdom, with a new set of beliefs and practices (Ephesians 2:19). They are called to be ambassadors sent into their earthly cultures, to represent their King and bring His influence into them. So, would you say that the culture around you is influencing your beliefs and practices, or is your heavenly citizenship bringing an influence to your earthly culture?  PMC  Think about it – “We are ambassadors for Christ, as though God were making His appeal through us…be reconciled to God” (2 Corinthians 5:20).