Home > IN THE JETSTREAM 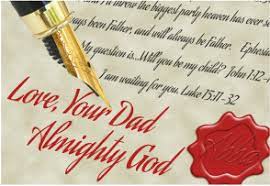 We’ve all been there, a trial or some temptation that seems overwhelming.  I witnessed another pilot going through it the other night.  He received a “Not Recommend” or “NR” the day prior, and I was one of two instructors helping him the following day.  The NR prevented him from continuing through the training footprint, and we were repeating the lesson he had done the previous day.  You could see he was beat down.  I’d been in his shoes before and so has every pilot learning a new plane.  It is not the best of times.  It is four to six weeks of intense study, and sometimes you just hit a wall.  Our student had hit his wall.  The other instructor encouraged him by telling him that he knew the material and he just needed confidence in himself.  He was right, but ultimately our confidence as Christians should rest on Christ, not our own abilities.

Jesus found himself in a profoundly more difficult situation with Satan after 40 days without food in the wilderness (Matthew 4:1-11).  Satan used the same strategy against Jesus that He used with Adam and Eve.  Paraphrased it goes something like this, “God doesn’t really love you.  If He did, why would he be holding something back from you or allow you to suffer?”  Satan offers Jesus the chance to take the glory without the cross.  The “apple” Satan was trying to get Jesus to bite into was to circumvent doing the will of His Father.  Satan always offers us short cuts but never reveals the costs of those shortcuts.  God is clear, “In this life, you will have troubles” (John 16:33).  Following Jesus comes with costs, but in comparison, those costs are negligible compared to the cost of not following Him.

Possessing Power in the Trials

Jesus models how we should act when we find ourselves in these periods of trial and temptation.  First, we need to be prepared with the Word of God.  Jesus demonstrates that He is fully man and fully God in these passages.  Jesus could have easily called upon the angels of heaven and His own incredible power to destroy Satan.  He doesn’t, and instead He shows us He is fully human by using the same power we have, the Word of God.  The Word is more powerful than any double-edged sword (Hebrews 4:12).  It is this weapon that Jesus uses three different times with Satan before Satan finally leaves with his tail between his legs.

Knowing to Whom You Belong

Second, Jesus knew to Whom He belonged.  When we are struggling, we need to ask ourselves this question: “To Whom do you belong?”  There is an important event that occurs right before this passage of temptation.  Jesus had just been baptized by John.  God the Father declared to everyone at the baptism that Jesus was His Son and that He was well pleased with Him.  Jesus knew that He was loved by His Father, and the Father was well pleased with Him.  There was nothing Satan could offer that was better than the love of His Father.  Satan is going to tell us lies that we aren’t loved and don’t deserve to be loved because of the sin in our lives.  We need to be quick to remember the truths the Lord tells us in his Word, that we are His children and that nothing can separate us from His love (Romans 8:38-39).  We need to have those “go to verses” memorized so that when we are attacked by our enemy, we can defend ourselves against these lies.  We need to be able to quickly and confidently answer this question: “To whom do you belong?” SMW

This article was written by Stephen Watts.  Stephen is a Captain with Delta Air Lines and also serves on our FCAP Board of Directors.